I Prayed For My Neighbors, Look What Happened  and I Prayed For My Neighbors….Part II  describe how, after months of praying for my neighbors and our community, my husband and I were drawn into a calamity.  Columbia University, the largest private land owner in NYC, was pushing a plan to close down part of our street to expand their campus.  After demolishing apartment buildings across the street and erecting a huge conference center…. 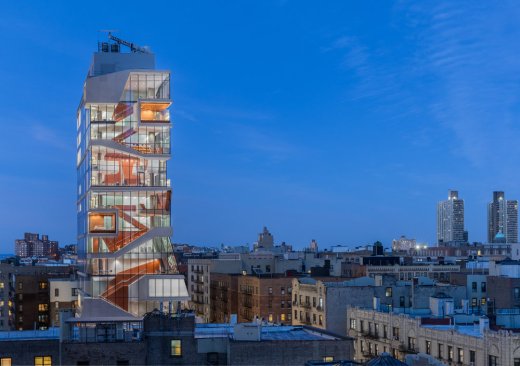 This gargantuan building looms over our small residential street!

…they want to expand their campus onto our street!

Although they are confident and shovel ready, CU could not proceed with campus expansion unless they obtained approval by the governing Community Board.

With Columbia’s ongoing pattern of displacing residents and shutting small businesses, our community was alarmed and, as we drew together, Bob and I came to know and more personally care about them.  We spoke out in public gatherings and united.

But over the past 3 months, Board members changed and ‘temporary appointees’ strategically put in – suddenly CU pushed back on their agenda although they had no justification to appeal the last decision!

Once again, we canvassed and met with residents…petitions, signs, flyers…nothing left undone.  We prayed, especially to assure that we were in God’s will.   If “the nations are a drop in the bucket” to God,  could our little street have any significance to Him?  Is there anything of eternal value knitted into this issue?

Columbia had a small cluster of executives…but in their midst was our City Councilman!

The entire community was prepared to speak, many had done research on vital traffic issues that would preclude CU’s plan.  There were strong procedural objections from community representatives.  Many, if not most, came to express their outrage of CU’s ongoing neighborhood take over.

While public input is protocol, the ‘interim’ chairperson said, “You are all welcome to stay but will not be acknowledged to speak.  We are voting on this issue without public input.”   BAMBOOZLED!!

The uproar and outcry could not be stopped.  Almost unbelievably, an elderly Hispanic man came up to my husband and asked, “Sir, could you speak for me?  I cannot speak for myself.”!

Bob did speak and, while I truly seek to obey scripture (Submit to governing authorities), a deep lament welled up in me.  I did not speak on the material I had planned, but stood up and cried out,

“You’re betraying us!  You’re supposed to represent us!! You will nullify yourselves in this community – No one will trust you!!”

They turned their faces from the public and voted, majority in favor of Columbia.

The cluster of executives walked away happy, in the company of our City Councilman!  The final step is approval by the General Board – CU does not look worried.

Should we press on to the General Board?  Are we totally defeated?

The only question that need be answered is this:  what is God’s will?  The Lord can lead us into what seems unwinnable – and we might be defeated!  But God is never defeated, never.  With Sovereign God, the ‘thing at hand’ isn’t always His focus.

Although pointing to our spiritual battles, this excerpt from Anchored in the Cross challenges us to endure in the battle….

“Great victories come from great warriors!  Great warriors are made from greatness of character!….Territory is always vital in war.  It’s a battle of turf and who will occupy the ground.  Has the enemy attempted to enter your home, children, family?…We must stand and defend the territory God has given us and not allow the enemy to overtake it…..

What does it require inside you in order to stand relentlessly?…God uses people in your life to build character that will make you a fighter for the Kingdom of God…

Outnumbered?…with God with you, you’re never outnumbered and have no need to retreat….It not only takes boldness to stand, but faith as well.  Numbers are irrelevant when God is with you.

Anchored in the Cross May 25th

We prayed for our neighbors,  met them and came alongside them into the battle.  I believe that boldness is strengthening my heart, enabling me to speak to strangers and in public forums with conviction.  If God is “training my hand for war; my fingers for battle” then I believe those skills will be used for God’s Kingdom.

Speaking up for those who cannot speak for themselves?  Training my hands for war?  Go on to the General Board meeting?  Only God knows.  I pray that He will order our steps.  No matter what, His purposes will not be defeated, in His shadow we will  find victory.

21 thoughts on “When God Allows Defeat”