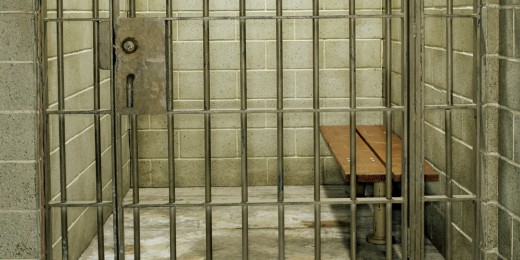 The Lord revealed important truths to me as I shared the Gospel with parolees and inmates.  One is eloquently expressed by Charles Spurgeon in “What the Farm Laborers Can Do and What They Cannot Do”  Farm Sermons, The Spurgeon Archives. (great article, can read:  here)

Let us now think of what you cannot do. You cannot, after the seed has left your hand, cause it to put forth life.

I learned this best when working with Ms. “M”, who was on parole for manslaughter.   Ms. M was very receptive to parole and a positive working relationship was easily established.  She was also very receptive to the Gospel and was grateful to receive a Bible, sermon tapes and church invites.  Home visits were meaningful as her two children were happy to see me.  Ms. M brought her children to special church events however, while she wanted her children to learn of the Bible, she herself remained carnal and unsurrendered.

I became really discouraged, it seemed that two years of counsel and prayer yielded little. In fact, things worsened…Ms. M relapsed into drug use and became non compliant to treatment.  I was very concerned as a violation for a violent felony offender would result in significant jail time, a hardship for a single mother.  After a two years of community living, would she now go back to jail?

Finally, there was no choice.  Arresting her unleashed a torrent of drama, tears, and even anger….then pleading….but the die was cast.

I transported her to Rikers Island, shut her in a holding cell, and lodged the warrant.

Normally a VFO (violent felony offender) would be mandated to minimum one year incarceration however, it seemed that an exception was happening for Ms. M.  In fact, she was released within several weeks, mandated again to a program, and reported to my office.  I was ready for the same-old same-old…..but things had changed.

Her heart erupted as she shared….

When you locked me in that cell I sat on that bench crying, my head in my hands…I was so angry and felt like such a failure…when I opened my eyes I noticed a torn piece of paper on the bench.  It was just a scrap from a Bible tract….on it was half a verse from Acts.  When I read it I broke down and gave my life to the Lord!

I was speechless.  After all the sharing, inviting, godly counsel and admonishments, a half a verse in a jail cell brought her to repentance and surrender!  I could see how the Lord moved on her behalf, expediting her release, returning her home to her children, and revealing to her His faithfulness.  She planted herself in church and opened her life to serving God.

I often share this testimony with others to encourage them (and remind myself!) that we cannot “make anything happen” but God Himself takes action when we are faithful to sow seeds, serve as He calls, and pray for Him to intervene.

I am so grateful when the Lord confounds me!

So neither the one who plants nor the one who waters is anything, but only God, who makes things grow.  (I Corinthians 3:7)

Only God Can Make It Happen